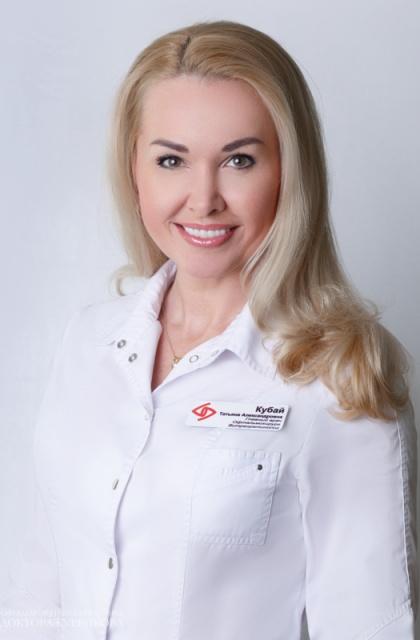 In 2000she graduated from the Faculty of Medicine of the Chuvash State University named after I.N. Ulyanov. Qualified as doctor by specialty “Medical Care”.

In 2002, she graduated from the clinical residency in the Republican Clinical Eye Hospital in Cheboksary at the Department of Ophthalmology of the Medical Faculty of the Chuvash State University named after I.N. Ulyanov. Upon completion of training she was qualified as “Ophthalmologist”.

In 2003, she participated in a general improvement cycle for doctors on the basis of the Russian Medical Academy of Postgraduate Education.

In 2005,she took a course in “Modern possibilities of contact lens correction. Possible complications” at the European Center of Education “The Vision Care Institute” in Prague.

In 2006, she took a course “Modern methods of correcting refractive errors” at the Center for Research and Education, GU MNTK Eye Microsurgery named after Academician S.F. Fedorov.

In 2010, she graduated from the postgraduate course “Laser treatments in ophthalmology”, MNII of Eye Diseases named after Helmholtz.

Since 2010, ophthalmic surgeon at the Department of Vitreoretinal Pathology and Laser Treatments of CJSC Doctor Kurenkov’s Clinic.

From 2011 to 2013, ophthalmic surgeon of the Ophthalmology Department, Western Administrative District of Moscow.

Kubay Tatiana Aleksandrovna is a qualified ophthalmologist. She specializes in laser treatments and eye adnexa surgery. She performs over 1000 laser surgeries annually in various pathologies of the retina, secondary cataract, glaucoma of various geneses. She masters all modern methods of diagnosis and treatment of eye diseases. Active participant in scientific conferences, congresses and meetings of ophthalmologists.