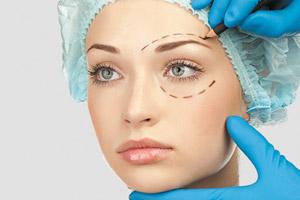 What is blepharoplasty (eyelid surgery) performed for?

Blepharoplasty is one of the most popular and sought after surgeries. This is understandable as modern lifestyle places high demands on everything, including appearance.

Eyelid surgery is usually performed for rejuvenation: the deformed skin and so-called “bags” under the eyes are removed. It can also help to correct congenital, age-related or post-traumatic changes. Your look will become more open and young. You will regain confidence and, of course, become happier!

Contrary to popular belief, eyelid surgery can be performed at any time of the year.

Who should undergo blepharoplasty?

Contrary to popular belief, blepharoplasty makes sense not only for the elderly, but also for young people who are often dissatisfied with their appearance because of such anatomical features as congenital eyelid swelling, atypical eye shape, post-traumatic changes.

What should you know before the surgery?

Preparation for the surgery usually starts a week before and consists of the following items:

More information about the things to do before and after blepharoplasty can be found on our website, in the section “Useful information”.

How is blepharoplasty performed?

Eyelid surgery is usually performed under local anesthesia. To create ideal eyelids, it is extremely important to consider the mimic activity, taking into account individual anatomical features of eyelids. This surgery is easily tolerated by patients of all ages. In exceptional cases, blepharoplasty is possible under general anesthesia.

n addition to excessive deformed skin, blepharoplasty solves the problem of eyelid hernia, so-called “bags” under the eyes, which are found in people of almost all ages. When there is no need to remove excessive skin of lower eyelids, transconjunctival blepharoplasty can be performed: lower eyelids are incised from the inside, through conjunctiva.

How long does eyelid surgery last?

What should you know after blepharoplasty?

You can get back to your normal life, if it does not involve rough labour, in a few days after the surgery.

More information about recommendations before and after blepharoplasty can be found on our website, in the section “Useful information”.

What are the contraindications to blepharoplasty?

Various system diseases in the stage of decompensation may impede eyelid surgery; they include diabetes, scleroderma, systemic lupus erythematosus. They also include acute inflammatory diseases: herpes, ARVI, diseases of the nose, throat or ears. On the part of the eyes, you should beware of all inflammatory diseases (conjunctivitis, keratitis, blepharitis), the syndrome of “dry eye”, glaucoma./p>

In addition, blepharoplasty is not carried out during pregnancy and lactation.

Can eyelid surgery be repeated?

Sometimes there is a need for repeated eyelid surgeries. In any case, they should be performed not earlier than 6 months after the previous surgery. In actual practice blepharoplasty can be repeated every 5-6 years, although the effect lasts on average 7-8 years. Eyelids should be operated no more than 3 times in a lifetime. Usually it is enough.

You can get a free consultation with the plastic surgeon in our clinic to find out more!